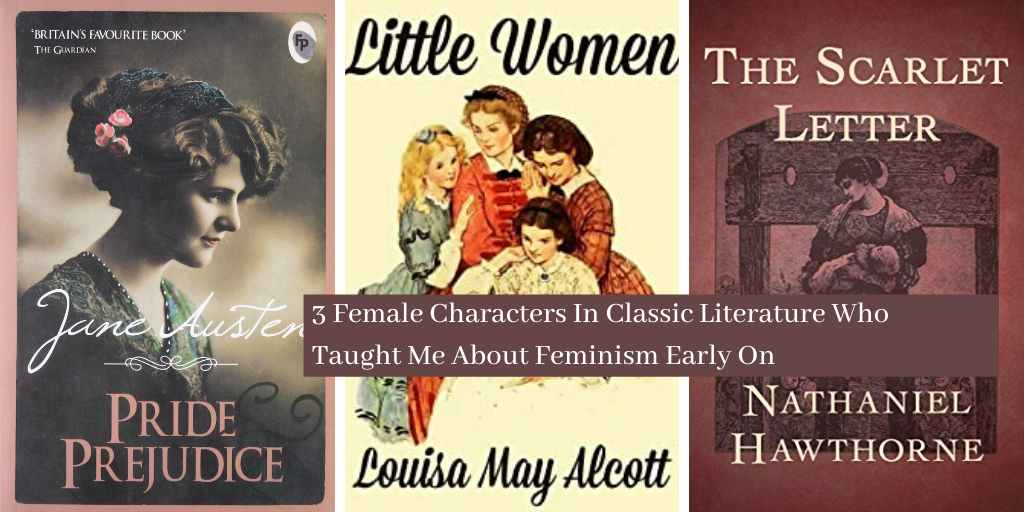 Growing up as a woman in a middle-class Indian household was ridden with dichotomies. While it is normal for a woman to be working, it isn’t very acceptable for a woman to call the shots or speak up for herself. While it is okay for a woman to go out, play and mingle, many sections of the society discriminate against a menstruating woman.

For me, growing up as a woman in the 90s and early 2000s was thoroughly confusing. The constant question of what is right and wrong, what is acceptable and what is not, and what tone to speak in and what tasks to take up as a woman, were blurred. Amidst such confusion, I found answers very early on through reading classic English literature, specifically those belonging to the Victorian era. Some of the female lead characters were strong, empathetic, full of life and replete with their own values, although it seemed out of place during their day and age.

Here are three characters that helped me understand, slowly but surely, that my gender identity should never be a reason for discrimination or stereotyping:

Jane Austen’s most famous work is probably one of the first ‘Classics’ many people end up reading. While it throws a lot of light on the life and culture of Victorian era England, it has a special place in my heart for a different reason: its female lead character Elizabeth Bennet.

While Elizabeth Bennet lived in a society that didn’t always agree with her ways, she still stood her ground and found what she wanted. She is a misfit in her town, in her family and among her friends because she was different, independent and free-thinking. She defies or rather doesn’t care enough for the very line the novel starts with: “It is a truth universally acknowledged, that a single man in possession of a good fortune, must be in want of a wife.” She is a round character, with redemption, who believes in herself but doesn’t hesitate to change when she is proven wrong; she redefines grace, modernity and independence in her own way. Elizabeth Bennet taught me that it’s okay to be different.

A woman who said she didn’t want to marry and actually stuck to it? How often do we come across such characters anywhere? Books, pop culture, and cinema typically end their plotlines – how much ever they talk about ‘career women’ or women who seek their own happiness – with the woman finding ‘the love of her life and getting married’. Louisa May Alcott’s Jo March, on the other hand, knew what she wanted, wasn’t afraid to ever state it, and stuck to it till the very end, and gave herself her own happy ending. Jo taught me that it’s okay to be independent.

The Scarlet Letter successfully does one thing throughout its 200 odd pages – makes you question the status quo of society at large. What is religion, what is sin, what is love, what is marriage; and why should the woman face the wrath in front of the whole world? Why does the man, sitting in a more privileged position, get away from public shaming? And why is his moment of truth and exposure met with empathy and understanding while the woman’s is met with disgust and discrimination? Hester Prynne, bearing the letter ‘A’ for her ‘sin’ is, bluntly putting it, quite a feminist for her time. While she has no choice but to give into the questionable Puritanal justice system, she bows down to it. Hester Prynne taught me that the fight is long and tiring, but you have to keep going.