7 Interesting Books That Reflected Diversity in 2019 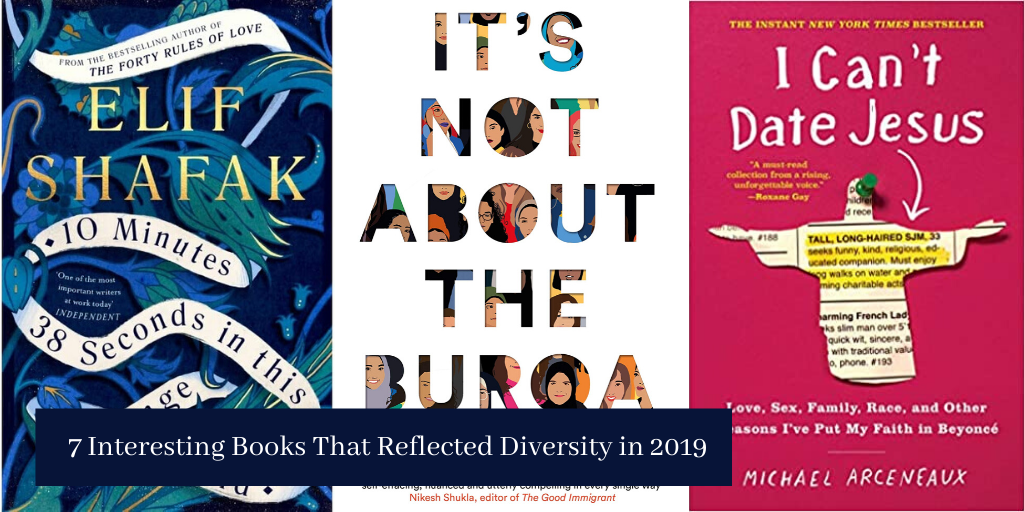 Caste Matters is one of the most important books in the diversity sphere that released in 2019. Yengde, a first-generation scholar, challenges many beliefs about caste while talking about its many layers. From personal experiences to systemic troubles, this book covers many important grounds.

Incredibly gripping and maybe painfully engrossing would best describe Machado’s In the Dream House – a book about a woman’s relationship and personal journey with psychological abuse while challenging the stereotype that lesbian relationships are ‘safe’.

Let’s put it put out there, if it isn’t obvious from the title already, this book is impossible to put down. Arceneaux writes a memoir of what it is like being a black gay man in Houston, all while interspering things with pop culture and Beyonce, of cource, in one of the funniest reads of 2019.

Shafak brings both Istanbul, its dead main character Tequila Laila’s life, and the stories of many ‘misfits’ to life in her critically acclaimed novel. From trans people, immigrants and atheists to sex workders, she dwells into each life and makes you feel like these characters are your friends.

Nagaland is a fascinating state for those living on the other side of the chicken’s neck. While festivals such as Hornbill have attempted to bring its culture closer to people, much is still left to be explored. This book is a starting point – it has stories of war, religion, language, textile, tattoos and more.

Brown gives a relatable voice to the disabled, who are so often portrayed as weak, abandoned or lonely. The Pretty One talks about what it is like to be black and disabled in America, and in doing so she celebrates life itself.

Reading about the lives of Muslim women in various parts of the world is often a quite empowering yet disheartening exercise. In this books Mariam Khan brings together raw stories of 17 Muslim women talking about the hijab, queer identity, sex, divorce, love faith and everything in between.