5 Books that Address Social Justice and Prejudice in Museum Spaces 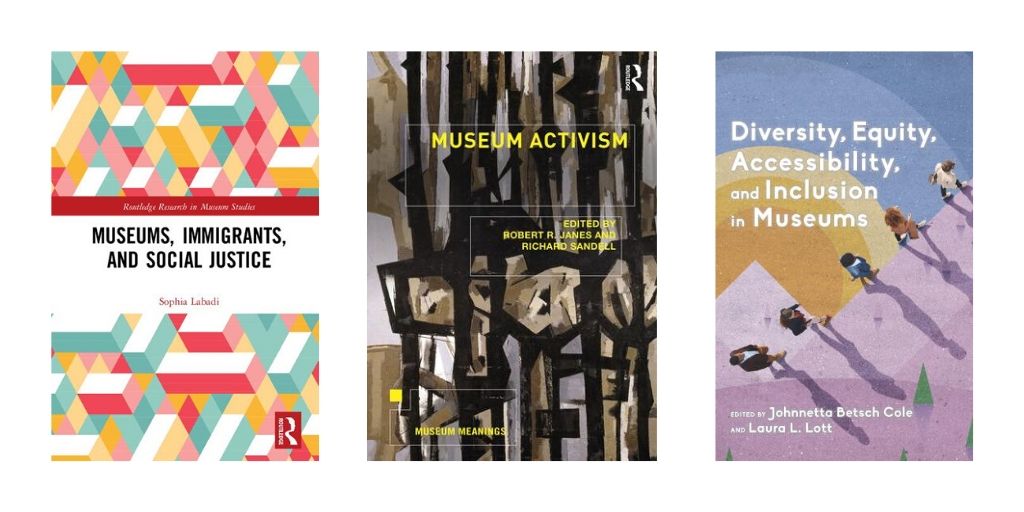 Author and professor of Heritage Studies Sophia Labadi in her book published in 2018 argues that the museum can be a powerful space to explore and act upon issues of immigration, social justice, and its many underlying intersectionalities. In a time when immigration is a pressing issue, not only in Europe but globally, she situates the role of the museum as an arena for positive change, education, and reconciling with the many inequalities faced by immigrants.

A decade ago, the thought of a museum as a space for activism and addressing issues of inequity and prejudice was a distant thought, more often than not met with great incredulity. Today the museum is often a space of reflection on issues of social justice that plague mankind (and even the environment!). In this collection of over fifty contributors from around the world, Janes and Sandell explore the relationship between the museum and activism, advocating for ideas of decolonizing museum spaces, contending power asymmetries, the museum as a space of memory activism, queer activism within the museum and a lot more.

Author and scholar on curational work, Elena Gonzales in her book published in 2019 assesses contemporary curational practices in the Americas and Europe to demonstrate mechanisms that maximize the physical and psychological experience of museum visitors.  Drawing on extensive ethnographic work, as well as an interdisciplinarity approach between cognitive science, neurobiology, memory, and cultural studies, Gonzales furthers the mechanisms behind creating museum spaces that are more “hospitable, equitable and sustainable.”

A long-standing critique of the museum has been its colonial heritage and the cultural appropriation of indigenous traditions and philosophies at the hands of curators. Focusing on museums exhibiting Native American culture, author Amy Lonetree talks about a shift in rhetoric with more Indigenous people playing a role in museum curation, the role of the museum in grappling with intergenerational trauma, the museum as a space to address stereotypes, and reconcile the legacy of colonialism and unresolved grief within the Native American community. As an Indigenous scholar, she further maps out curational practices to center the voices of Native Americans and represent Native lifestyles.

Museums can represent many things—love for the arts, an avenue of reflection, a celebration of culture, etc. Museums can also represent colonial ideas, elitism, a lack of diversity, unequal and exclusive practices, a lack of accessibility, and a lot more. Johnetta Betsch Cole, who has served as the director of the National Museum of African American Art at the Smithsonian and the president of two historically Black colleges, and Laura Lott, the first female CEO of the American Alliance of Museums, have compiled some of the most complex and compelling work regarding equity, diversity, accessibility, and inclusion within museum spaces. They prompt readers and curators alike, to ask hard questions on avenues of change, representation of communities museums strive to serve, and the exclusionary practices that have persisted in the field.